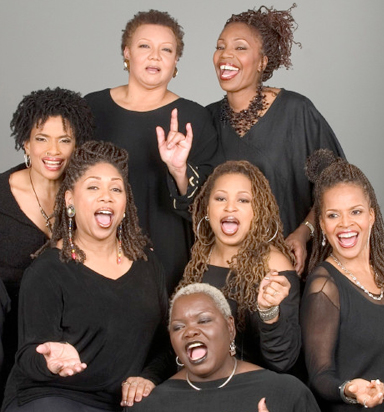 Sweet Honey In The Rock

IRAWMA inducted Sweet Honey in the Rock into the Hall of FAME in 2009. The group is an all-woman, three-time Grammy Award nominated, African-American acappella ensemble. They express their history as black women through song, dance, and sign language. Founded in 1973 by Bernice Johnson Reagon, the ensemble's most powerful messages are proclaimed through an enormous catalogue of songs addressing the world's woes. Sweet Honey’s audience and community comes from diverse backgrounds and cultures throughout the United States and around the world, and includes people of all ages, economic/education/social backgrounds, political persuasions, religious affiliations, sexual preferences and differing abilities. They are currently occupied with immigration injustices, congressional greed and lack of compassion for citizens, the environmental imbalance, racial issues and women's issues.