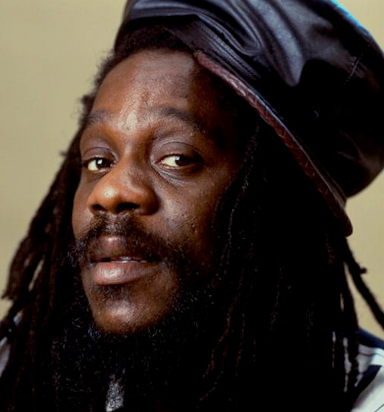 Dennis Emmanuel Brown CD was inducted into the IRAWMA Hall of Fame in 1990. Born in Jamaica, Brown was one of the most prolific singers of his time, recording over 75 albums. His first public appearance was at the age of nine, while still at junior school, at an end-of-term concert. His formal music career began in the late 1960s when he was eleven. Dennis became one of the major stars of lover’s rock, a subgenre of reggae. Bob Marley cited Brown as his favourite singer dubbing him "The Crown Prince of Reggae” Dennis was a keen fan of balladeers such as Brook Benton, Sam Cooke, Frank Sinatra, and Dean Martin, and cited Nat King Cole as one of his greatest early influences. He was also influenced by older Jamaican contemporaries such as Delroy Wilson, whom he later cited as the single greatest influence on his style of singing. Brown's first recording was an original song called "Lips of Wine" for producer Derrick Harriott, but when this was not released, he recorded for Clement "Coxsone" Dodd's Studio One label, and in his first session did the single "No Man is an Island". This was recorded when he was twelve years old and released in late 1969 Brown’s success was international, with him performing not only in Jamaica, but across the world including Canada where he was initially billed as “Boy Wonder of Jamaica”, in the US and in the UK which became his home. He was a virtual “hit machine” with so many songs including Silhouettes", "Concentration", "He Can't Spell", "Musical Heatwave", "Money In My Pocket" "Love Has Found Its Way" "Senorita" and many, many, more. In 1994 Brown's Light My Fire, his last album, was nominated for a Grammy Award In 2011 he was posthumously conferred the Order of Distinction in the rank of Commander (CD) for his contribution to the Jamaican music industry.