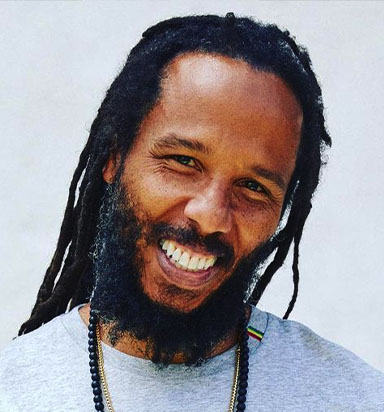 David Nesta "Ziggy" Marley was inducted to the IRAWMA Hall of FAME in 2021 and also given the Lifetime Achievement Award. The son of Reggae icon Bob Marley and Rita Marley, Ziggy is not only a first-class musician but also a philanthropist, and an author of children’s books. He led the family band Ziggy Marley and the Melody Makers launched in 1979 when they appeared with their father in the Roots Rock Reggae concert in Kingston and with whom he released eight studio albums. In between 2002 Melody Makers disbanded and Ziggy launched a solo career. He released seven solo albums and is an eight-time Grammy Award winner and a Daytime Emmy Award recipient. Ziggy performed duets with many popular artists including Donna Summer for her 2008 album, Angelique Kidjo, Sting, Dora the Explorer, Taj Mahal, The Chieftains, Sean Paul and more.