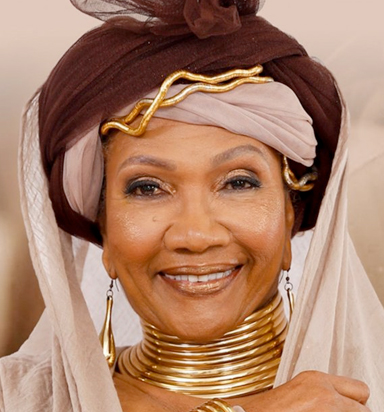 The Most Honourable Marcia Griffiths, OD, was inducted into the IRAWMA Hall of FAME in 1994. In a career spanning 40 years to date and still going strong, she became widely known internationally as a soloist, as a duo with Bob Andy as “Bob and Marcia” and of course, a member of the globally renowned I-threes, touring the world with Bob Marley and the Wailers. Subsequently as a soloist she hit the Billboard chart with “Electric Boogie Song” and created a world class dance, the “Electric Slide” which became popular all over the U.S. resulting in soaring sales of the song Electric Boogie. The song and dance have in fact been featured on the Oprah Winfrey and Phil Donahue shows, the video has been aired many times on the Black Entertainment TV (BET) and other nationwide music networks and of course can be seen to date at many dance parties locally and internationally. Marcia started singing professionally as a vocalist in 1964, for Byron Lee and the Dragonaires, and soon after she recorded her first hit, “Feel Like Jumping", with the legendary Coxsone Dodd at Studio One. It was while recording at Studio One that Marcia teamed up with Bob Andy on ‘Really Together," the first of many duets that the two would record. Following that duet success, she went solo again on the High Note label with Reggae's sole established female producer - Sonia Pottinger - hitting with several songs including her own original “Stepping Out of Babylon.” and releasing two albums “Naturally” and “Stepping”. Ten years after entering the music business, Marcia joined Judy Mowatt and Rita Marley to form the I-Threes as an integral component of the Bob Marley entourage The driving force of the Reggae Empress is fueled by her inner desire to serve the people of the world with sweet reggae music. She said “ Music alone shall live, and it’s not only for the money, but the satisfaction I get from doing the work that I love, that is what really keeps me going everyday”.