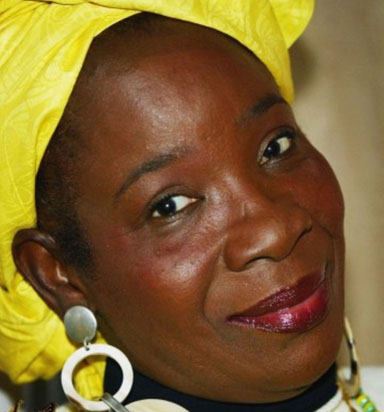 Rita Marley was inducted into the IRAWMA Hall of Fame in 1996. The internationally renowned matriarch, entertainer, and humanitarian, affectionately known as “Nana”, was born in Santiago de Cuba in July of 1946 and came with her family to Jamaica when she was a toddler. She grew up in Greenwich Town and met Bob Marley in the early 1960s and married him in 1966. She is the mother of Sharon, David (Ziggy), Cedella, and Stephen Marley, four of Bob Marley’s 13 children. Rita was a singer and manager of the Soulettes, a musical group that was mentored by Bob Marley. Some of the group’s earliest work was in a supporting role for Lee Perry on a series of songs. The group also provided backing for the Wailers commencing with their early classic, ‘Simmer Down’. In 1966, the Soulettes disbanded and Rita continued to work at Studio One as a soloist where she recorded ‘Pied Piper’. In 1968, Rita joined the Wailers for a few months, while Bunny Wailer was in jail. She also sang vocals on a dozen fine rocksteady and soul tracks, most of which were not issued at the time but which eventually surfaced on the Freedom Time album issued in 2003. Rita did not record with Bob until 1974, when her husband formed the I Threes harmony vocal group to replace Peter and Bunny, who had left the band in 1973. She sang alongside Marcia Griffiths and Judy Mowatt who were popular backup singers both on stage and on recordings. After Marley's death, she recorded a few albums under her name with some success in the UK, however, as her responsibilities running and developing the Marley legacy, and her own humanitarian and entrepreneurial efforts came more to the forefront of her life, her music began to take a lesser role. Rita was instrumental in transforming the Marley residence on Hope Road in 1986, into the Bob Marley Museum, a very popular tourist attraction in Jamaica which enjoyed a visit by President Barack Obama during his visit to Jamaica in 2015. She is the Chairperson of the Robert Marley Foundation which she founded in 2000. She also founded the Bob Marley Foundation, a non-profit, non-governmental, non-partisan organization designed to alleviate poverty and hunger in developing nations, and is specifically focused on helping young people and the elderly, The Bob Marley Trust, and the Bob Marley Group of Companies. She adopted 35 children in Ethiopia and has assisted over 200 children in Konkonuru Methodist School in Ghana In 1996, Rita Marley was awarded the Order of Distinction by the Jamaican government, and in 2010 received the Marcus Garvey Lifetime Award. On 3 August 2013, she was made an honorary citizen of Ghana by the Ghanaian government and In November 2015 Marley was awarded an honorary Doctor of Letters degree by the University of the West Indies In 2019 IRAWMA was proud to present The Reggae 50 – Pioneer Award of Honour to Rita Marley In July 2021, in honour of the Matriarch’s 75th birthday, the Marley Group of companies invited the global public to join them in celebrating the living achievements of the woman whose resilience, strength and vision helped to build the Bob Marley legacy and rear a musical dynasty (spanning three generations and counting), and much more. The activities included a week of events mirroring the scope of Rita Marley’s contributions and influence as an entrepreneur, entertainer, and humanitarian, and the various entities she helms in Jamaica, Ghana, and the United States served as stages for the series of celebrations, exhibitions, panel discussions, musical entertainment, and the announcement of the new Rita Marley Scholarship Program.